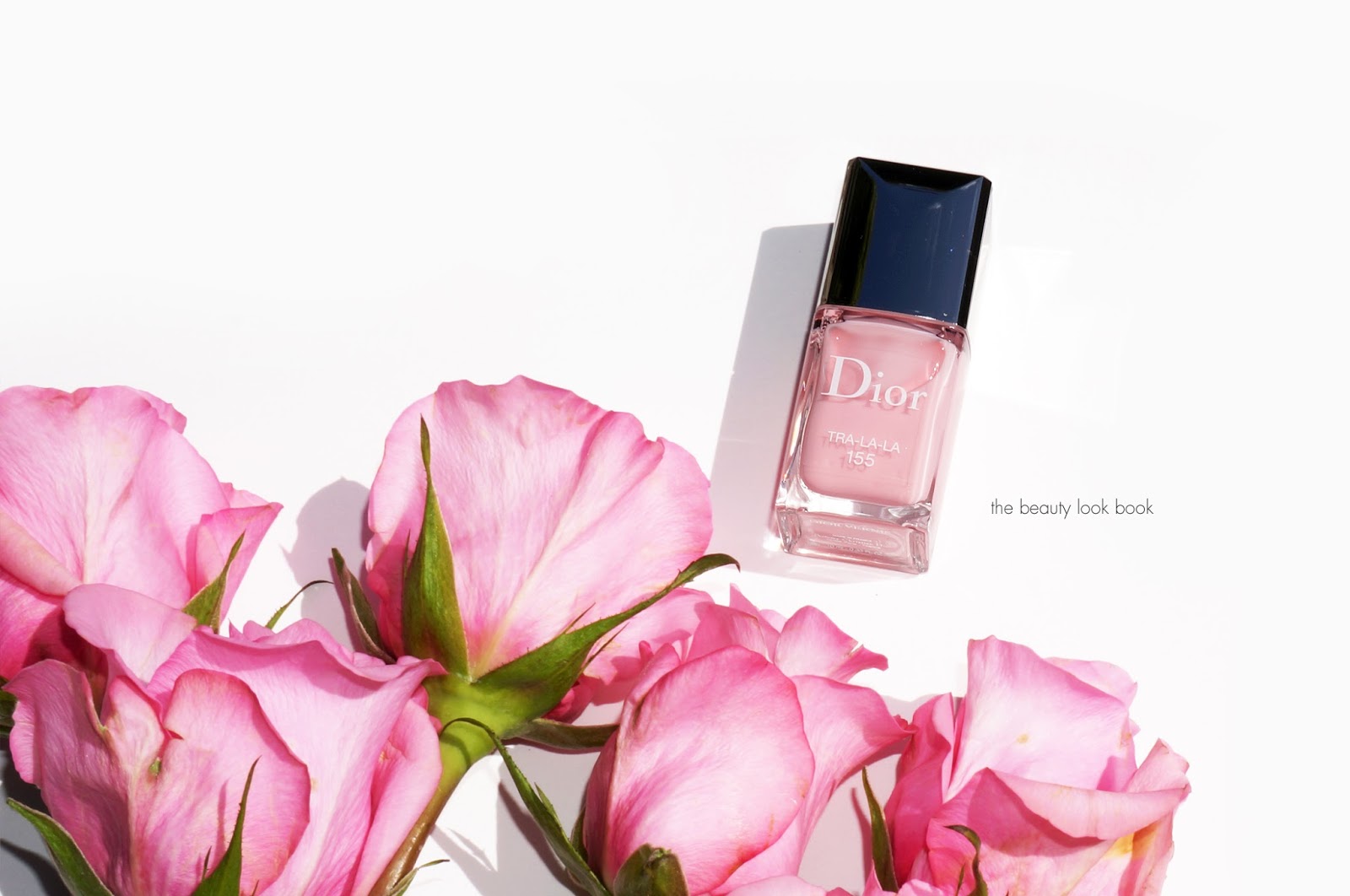 Dior Vernis Gel Shine and Long Wear Nail Lacquer ($25 each) is a new formula of nail polish that is a regular nail lacquer with a gel-effect. It has a high-shine formula that is designed to “provide you with glass-like shine and extended wear.” I’ve been playing with a few of the shades and am in love with the formula. I have never had a traditional gel manicure so I can’t compare the effect of these new Dior lacquers to the real thing. However the Dior Vernis Gel Shines do have rich intense pigment with a very smooth application. The brushes are slightly different than the last variation – the brushes are thinner and a bit more fanned out/rounded at the end to match the curve of the nail beds better. This makes it easier to apply with two to three swipes. The polishes have a lush cushy look to them even before you apply any top coat.
First up is Tra-La-La #155 a soft clean pink (see all shades swatched here). I tested this with my go-to Deborah Lipmann Rehydrating Base Coat and Dior Gel Top Coat. I tend to keep my nails on the short end so they don’t hit the computer or laptop keyboard. Lasting power was quite good at 5 days without tip wear. Tra-La-La is a soft semi-sheer pink. It’s not too sheer that you have to layer on 4-5 coats. I had it applied professionally below with two coats. I swatched comparisons below with two coats as well and it covered the nail well with a slight see-through quality. 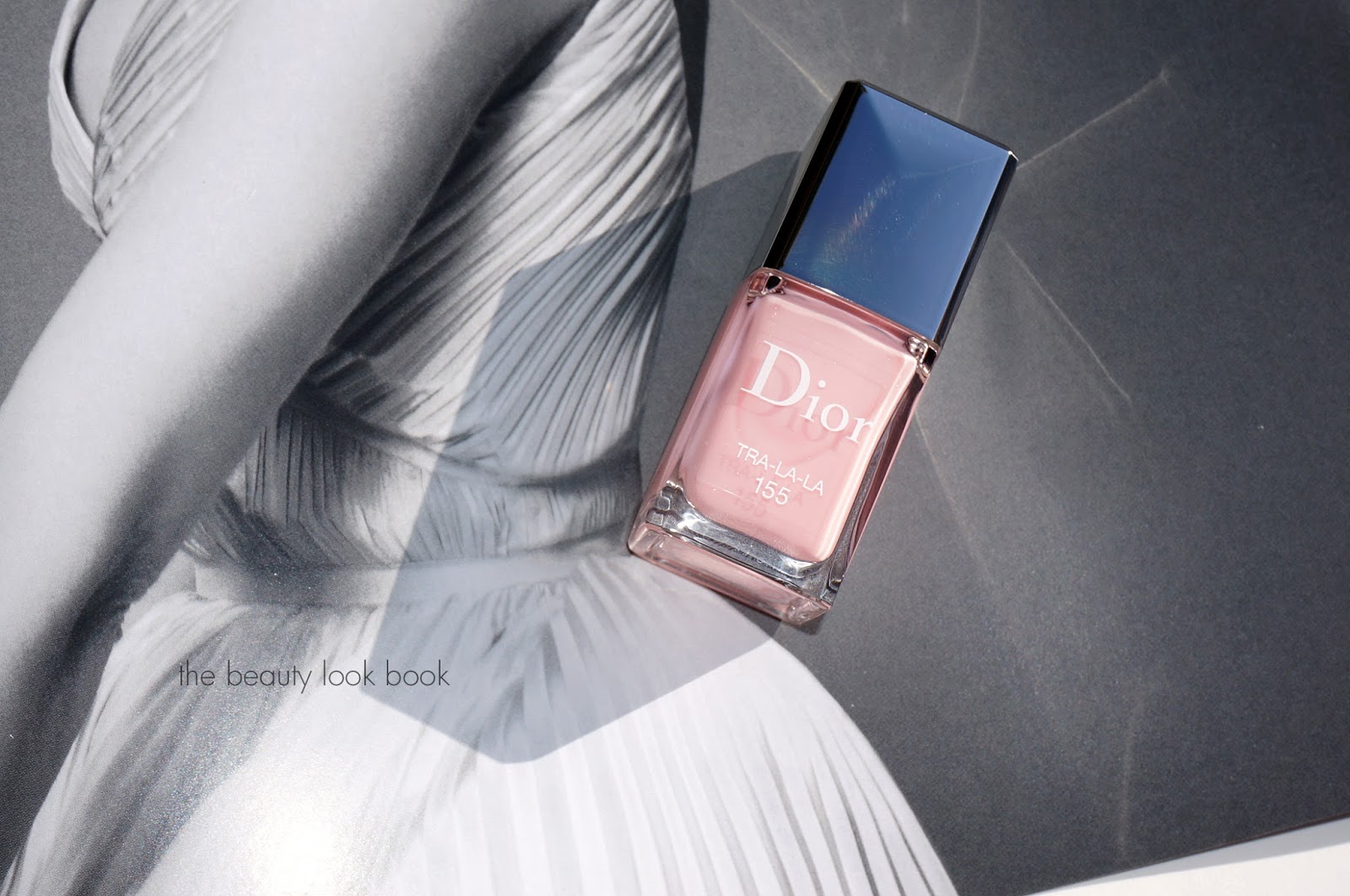 The brushes are more rounded this time: 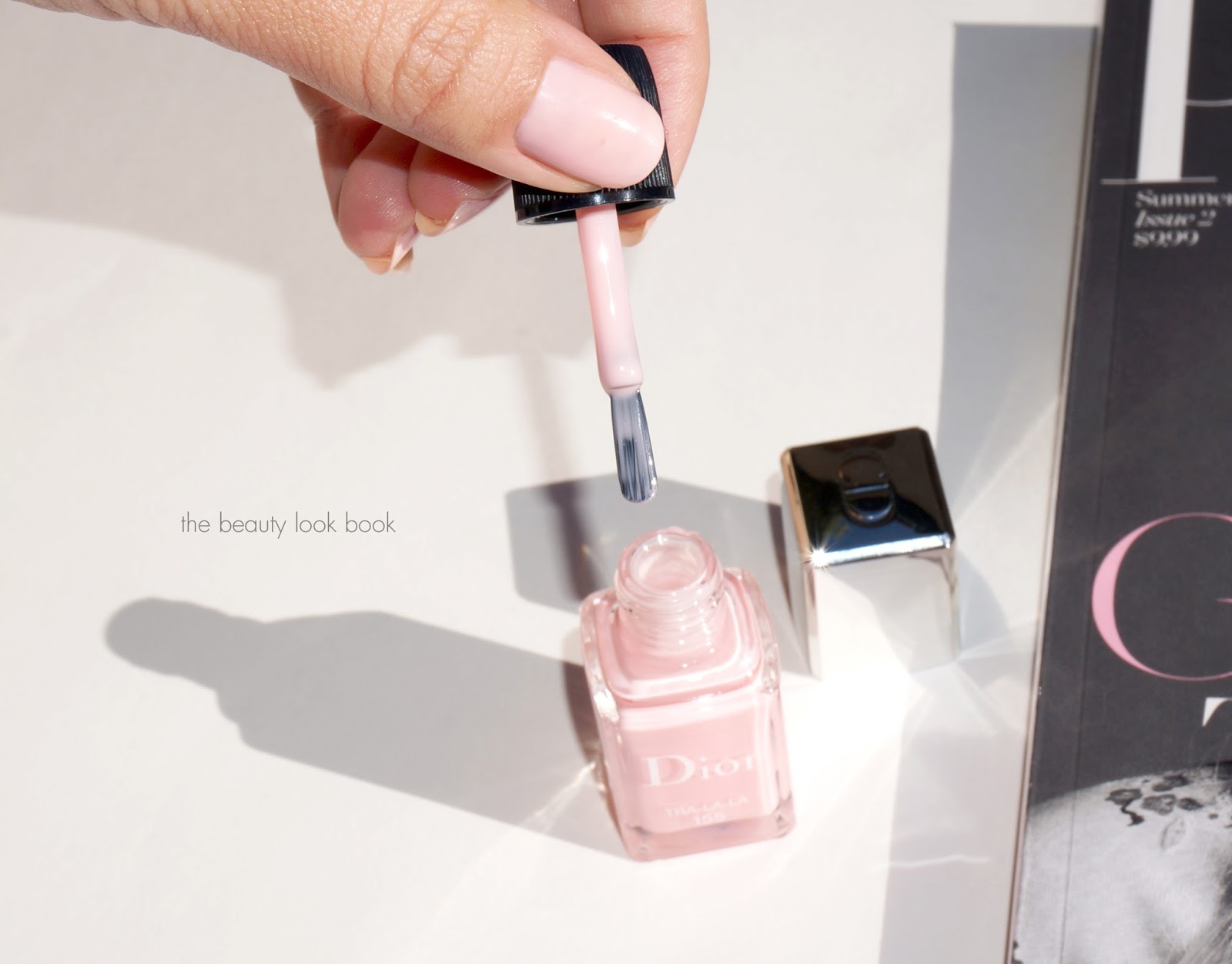 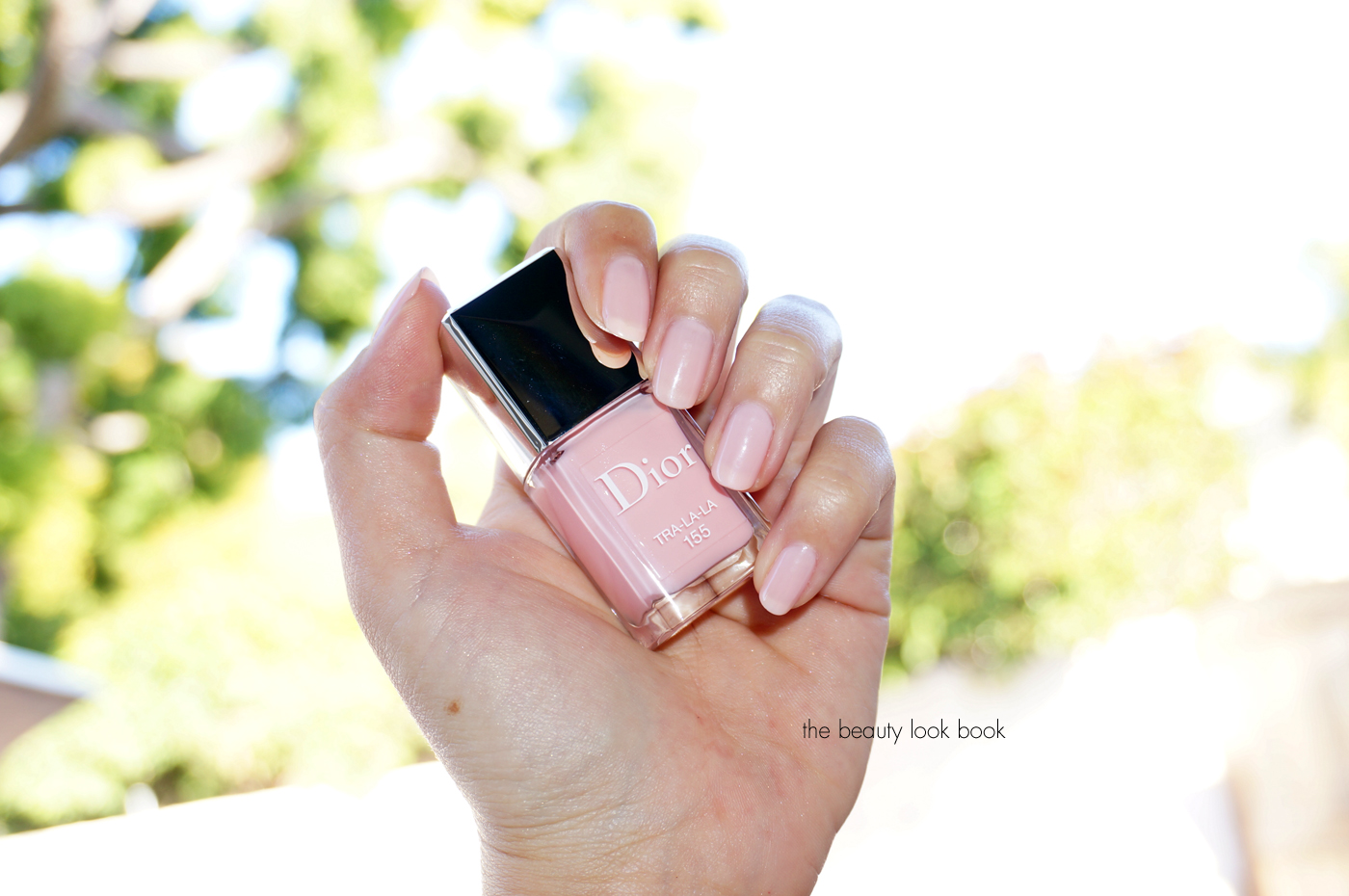 I really like how Tra-La-La actually shows up on my skin and that it’s not too pale. It’s a good baby pink that isn’t too sheer. Comparisons to some other pinks below shows it has enough pink pigment in the color to prevent it from looking white against my olive skin. It has a soft clean polished look.
On the nails: OPI Heart Throb (with 4 coats), Dior Tra-La-La, Laura Mercier Oh La La (discontinued, with three coats), OPI Pink of Hearts (2009 version), Chanel Frisson: 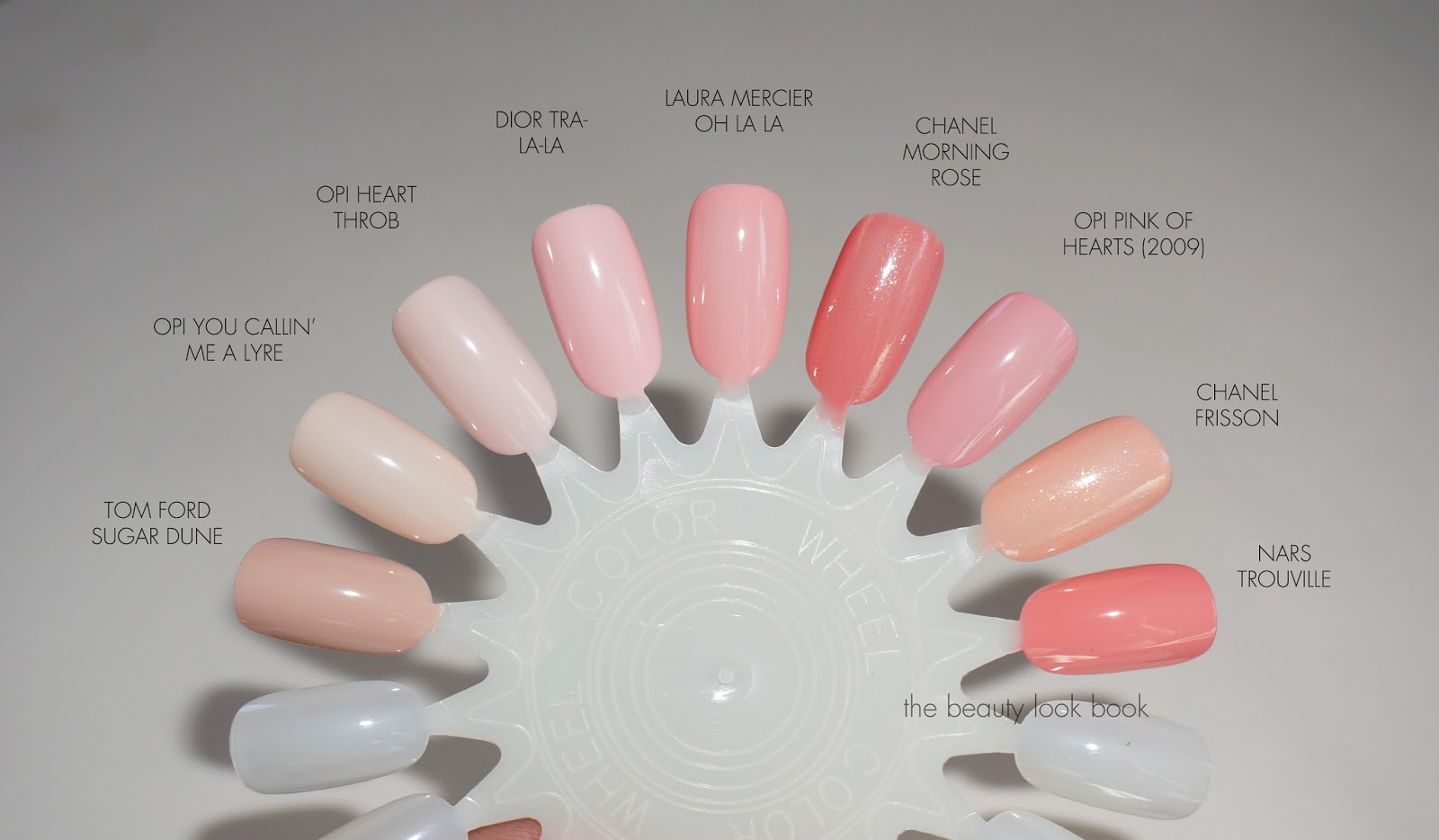 I’m overall really impressed with these new colors and formulas from Dior. I’ve been a huge fan of Dior’s formula and didn’t think it could get better. Somehow it has. They’ve kept some of the classic colors but introduced some new ones. I wish I had the older Tutu to compare but I don’t. Based on what I’ve seen on other blogs Tra-La-La seems sheerer and easier to work with. 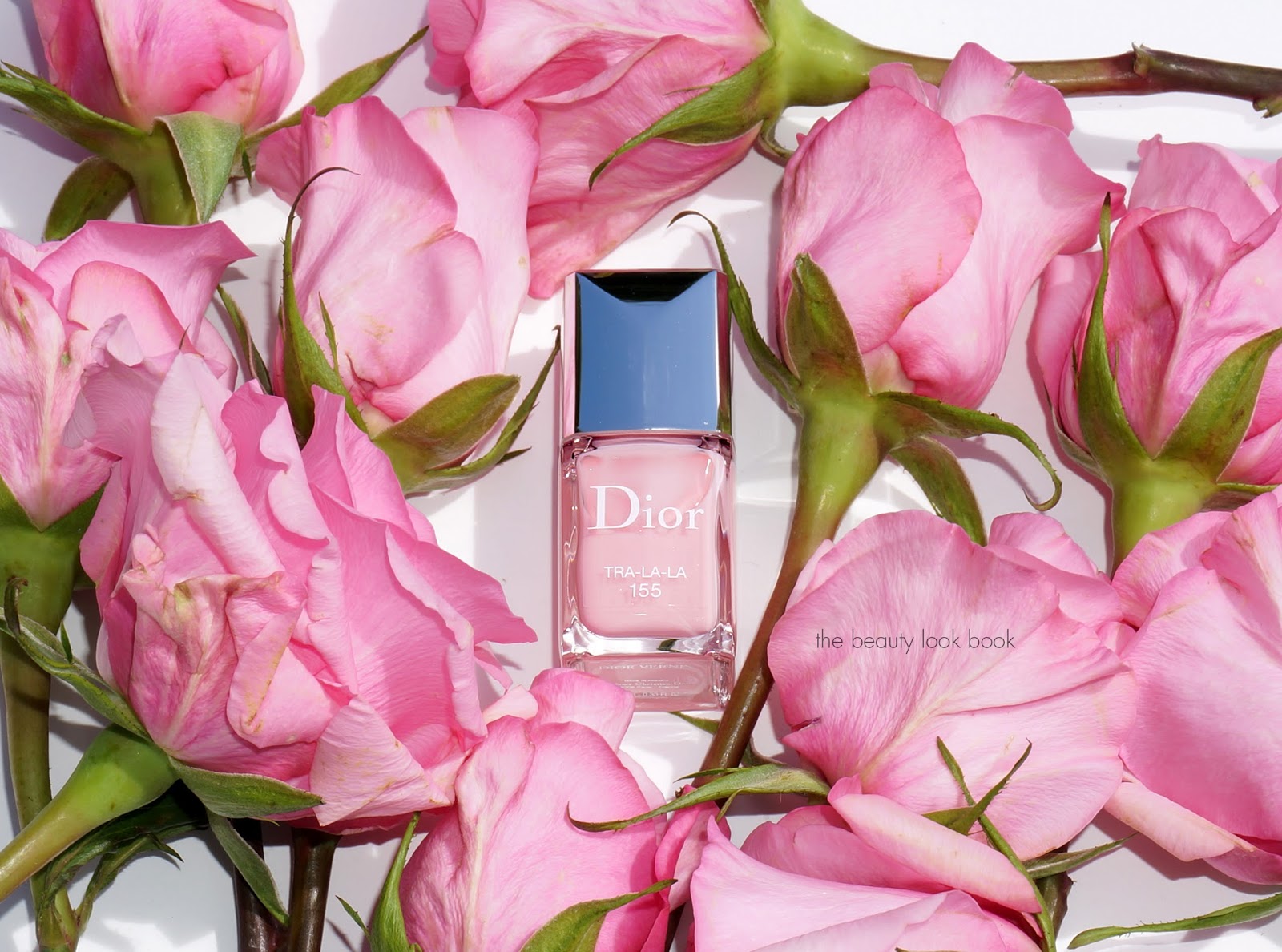