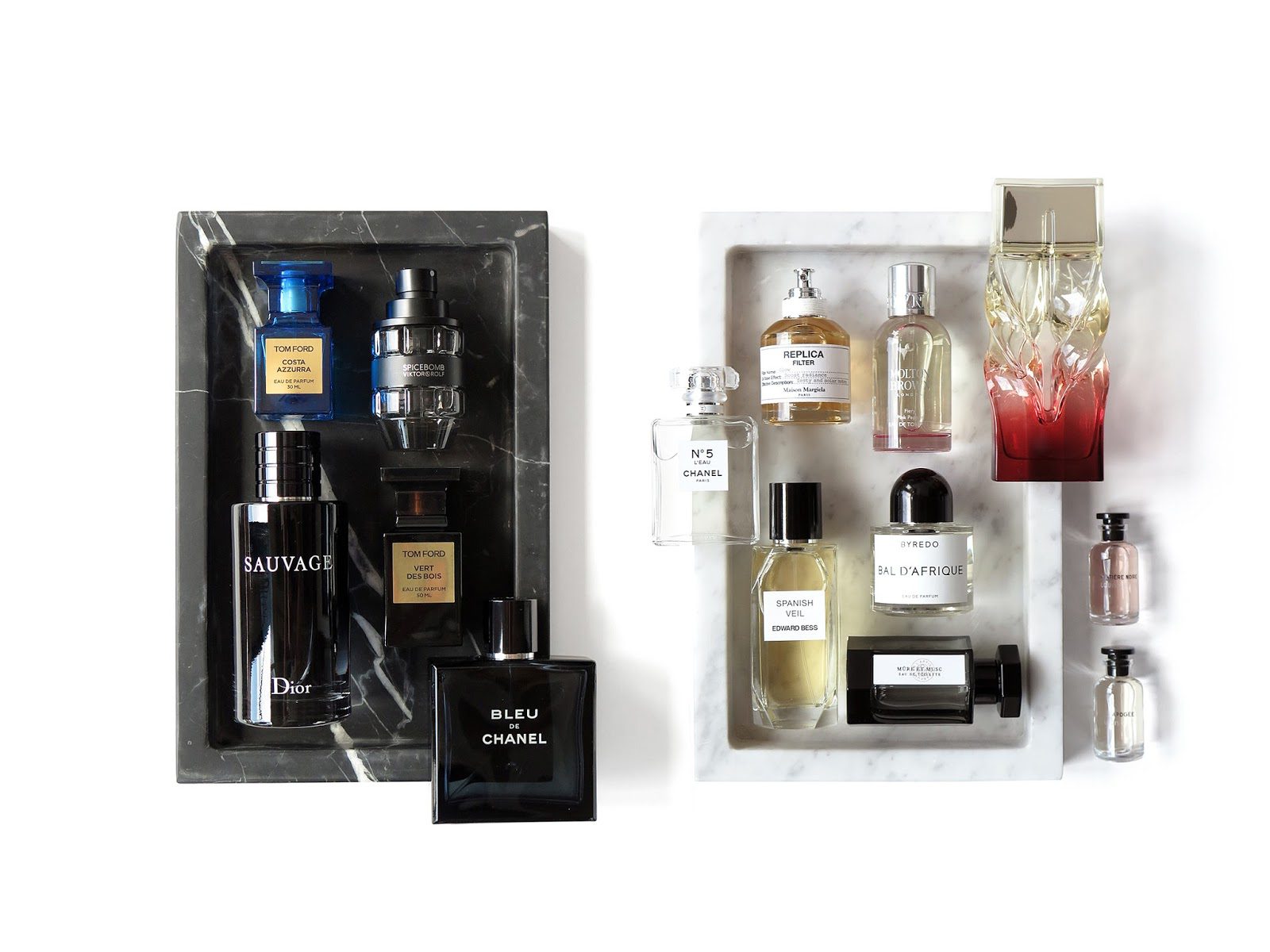 There are so many new scents that have launched this season. I usually find one or two new scents each season that I love but this season almost every new fragrance I’ve tested I’ve fallen in love with. I have a roundup of ones I have in rotation right now along with a men’s rotation for my husband. He usually sticks to the same colognes so many of the ones you’ll see here have been featured numerous times. I like to switch things up frequently so some of mine are newer ones.

Up first are my favorites along with thoughts on some others I’ve tested: The three most exciting fragrance launches this season for me have been from Louis Vuitton, Louboutin and Edward Bess. I will have dedicated reviews coming soon on the launches but wanted to give you a roundup of highlights right now. Shown above:
For a cologne roundup I asked him to pull his favorites for right now. Many of these you’ll recognize from past roundups. For him cologne and scent picks are more a year round kind of thing. He’ll pick one depending on occasion whether he’s looking for an everyday kind of scent or something more dressy for going out: That rounds up our current scent rotation favorites for fall. I have a few others I’ve kept in rotation but I tried to narrow it down to my absolute favorites for right now. If I had to pick three, they would probably be Replica Filter in Glow, L’Artisan Mure et Musc and Byredo Bal D’Afrique. Out of the ones on my wishlist I’m gravitating most towards the Byredo Unnamed perfume but there are some others I still want to smell before deciding on another one.
As always I’d love to hear what you are wearing for fall. I’m also curious to hear how you buy your perfumes. I always find it overwhelming trying to decide. Do you ever buy perfume sight unseen? I try to at least test in store if I can, although sometimes I will order online after thinking about it for a while if I can’t get to a store or if there are no stores that carry a specific brand. (For me no nearby stores carry Le Labo, Byredo, Frederic Malle, L’Artisan.) Let me know in the comments how you go about trying new perfumes or deciding on a new purchase!
Are there any new ones launching that you’re excited about or have anything on your wishlist?
I will have dedicated reviews on the Louis Vuitton, Replica Filters and Edward Bess perfumes soon. If you want any other detailed posts let me know and I’ll see what I can do to fit them in.
Press samples featured have been indicated with “c/o” next to them.
ByredoChanelChristian LouboutinDiorEdward BessFragranceL'ArtisanLouis VuittonMaison Martin MargielaMolton BrownTom Ford BeautyViktor & Rolf
5 Comments
Share 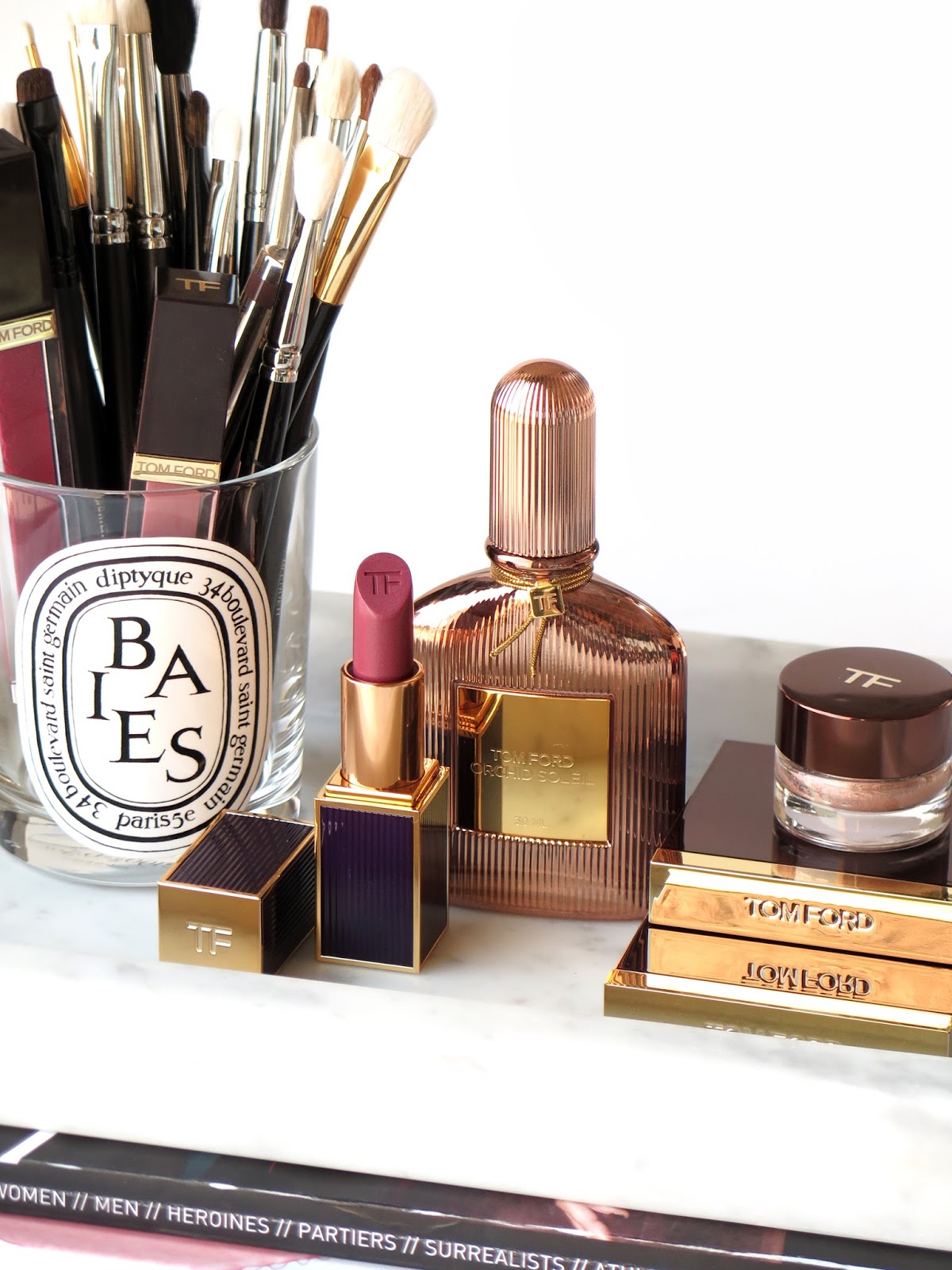 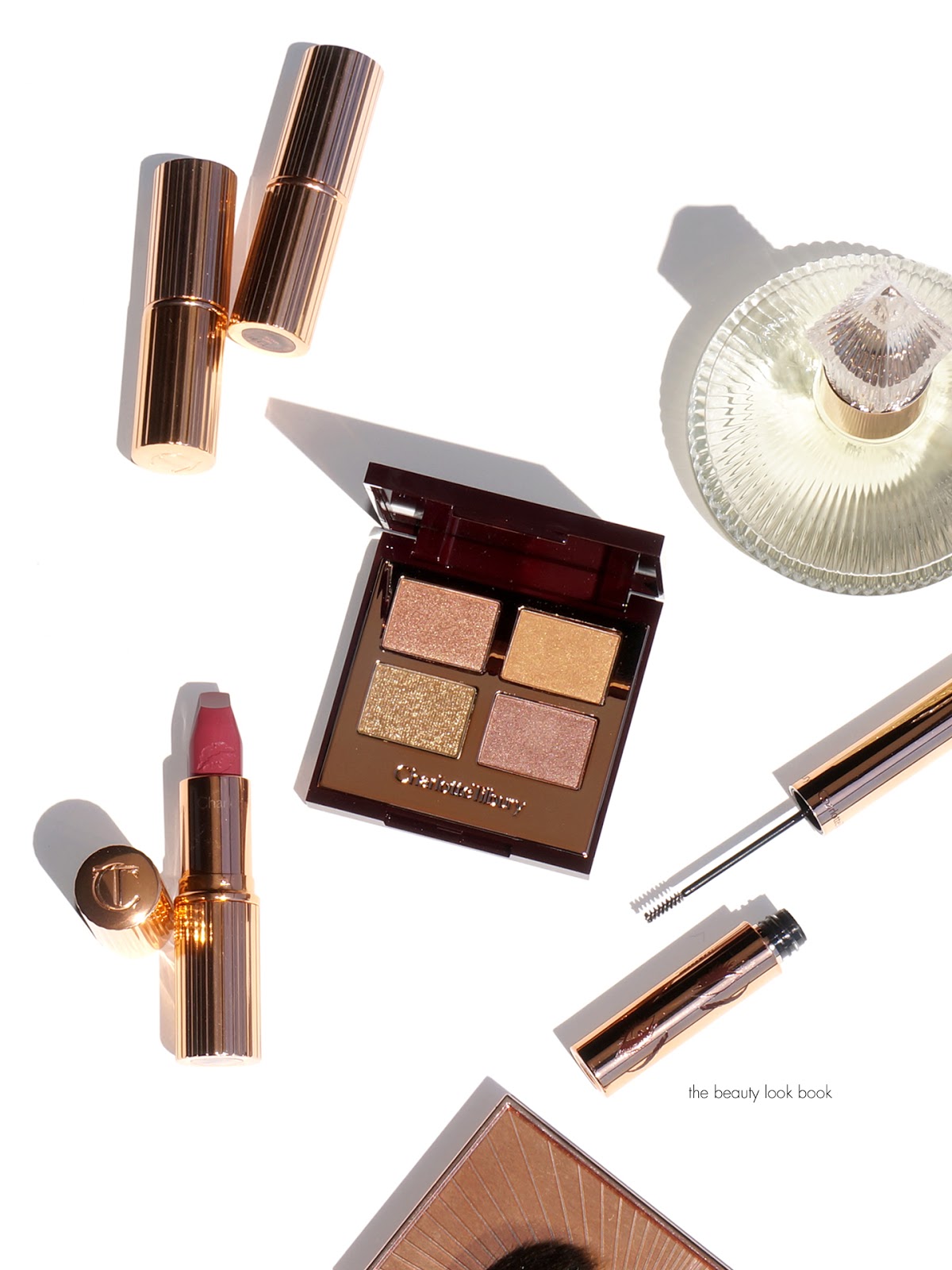 New from Charlotte Tilbury: Scent of a Dream, The Legendary Muse Eyeshadow Palette and Legendary Brows