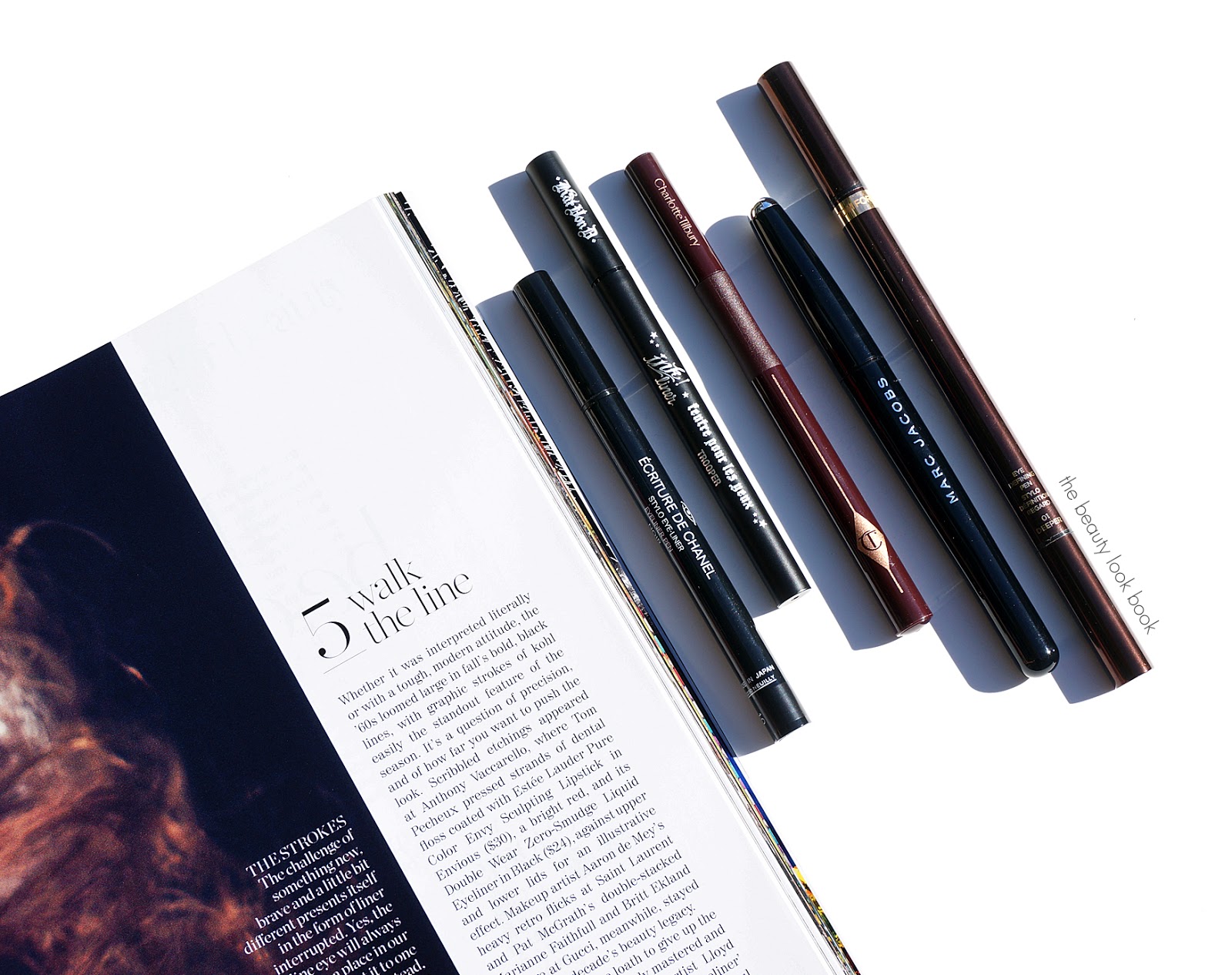 I’ve never been a fan of liquid eyeliners on me. The traditional kind with a tiny brush at the end has always felt flimsy to me which has never let me control the line on the eyes. I don’t have the steadiest hands and prefer to line with a detail brush and a darker powder shadow or a pencil that I can blend easily. I’ve tested a few felt tip liquid liners in stores (on the hand) and found they either looked grey when they dried, had felt tips that looked mushed after use, or bled into crevices easily. I dismissed them for many years until I discovered Tom Ford’s Defining Eye Pen last year and it completely changed my outlook on liners. Since then I’ve been braver with the liquid liner application and have been able to test a few more. I don’t have a good tutorial on application but find it’s best when applied in short strokes (even if it’s messy) along the upper lash line and then built up for thickness and precision. I absolutely loved this Easy Winged Liner Technique video by MakeupbyTiffanyD which helped me tremendously as a liquid liner beginner.
Five liquid liners I’ve tried that I wanted to share (with a Sharpie and Post Card for size reference): 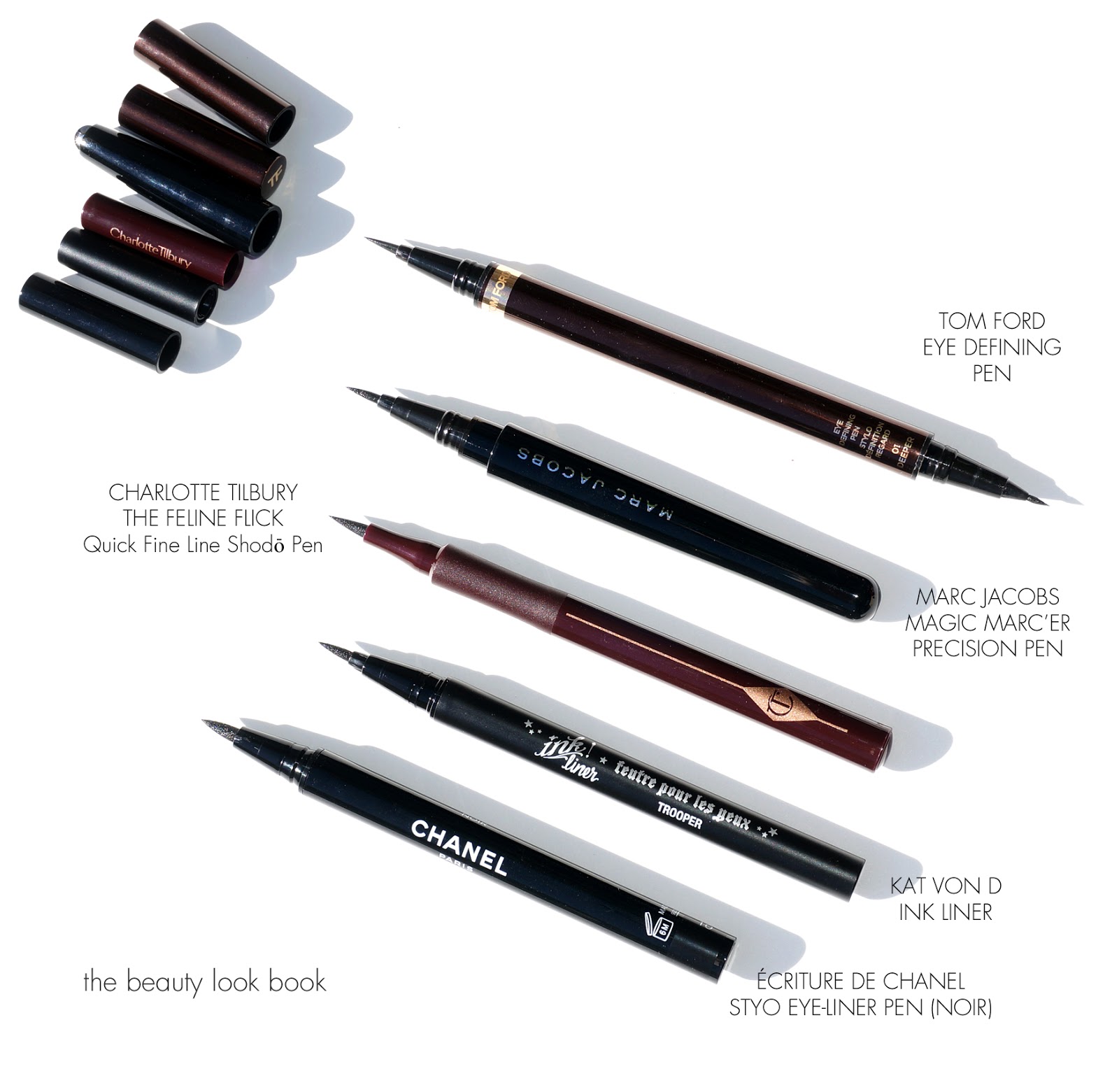 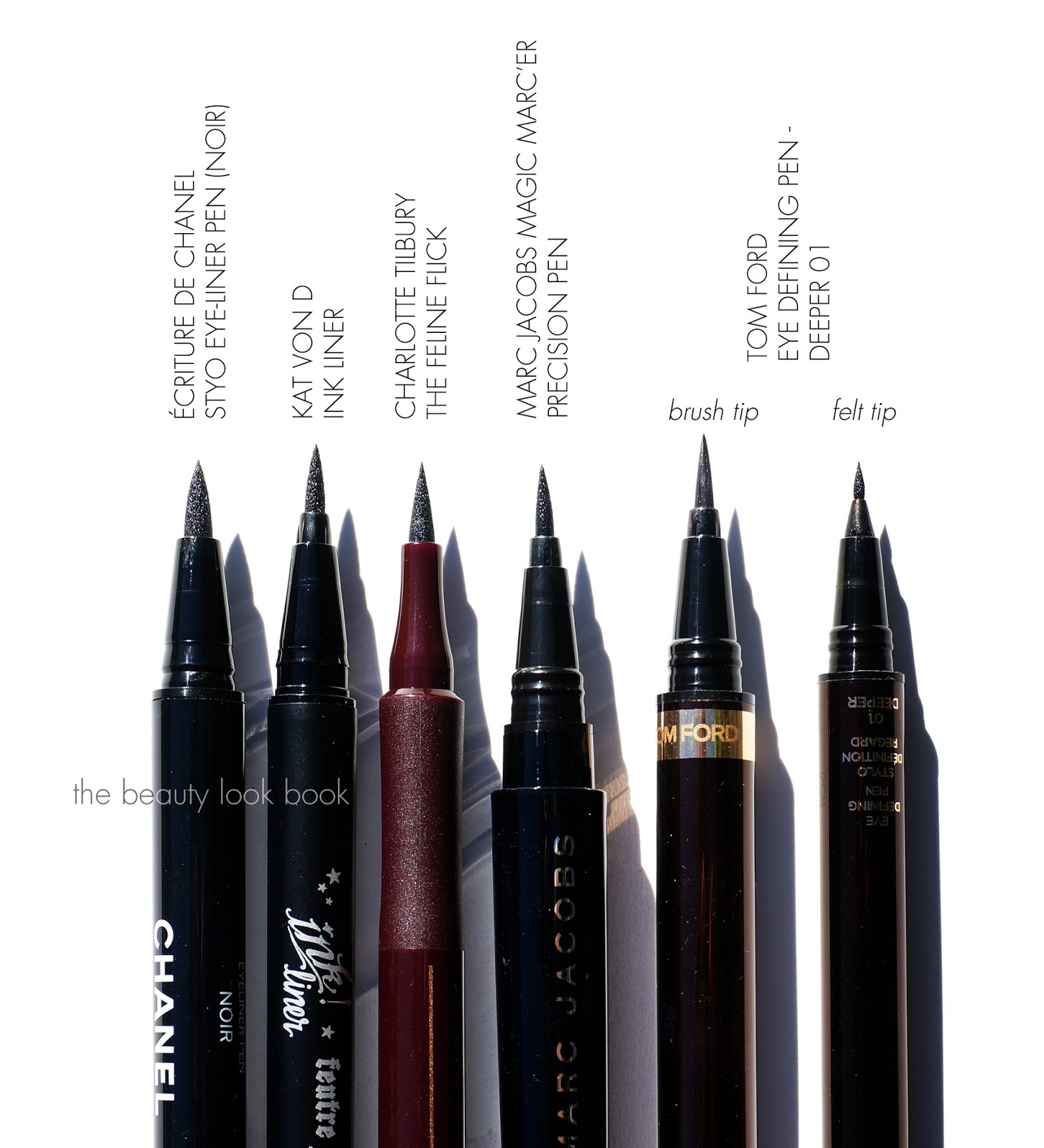 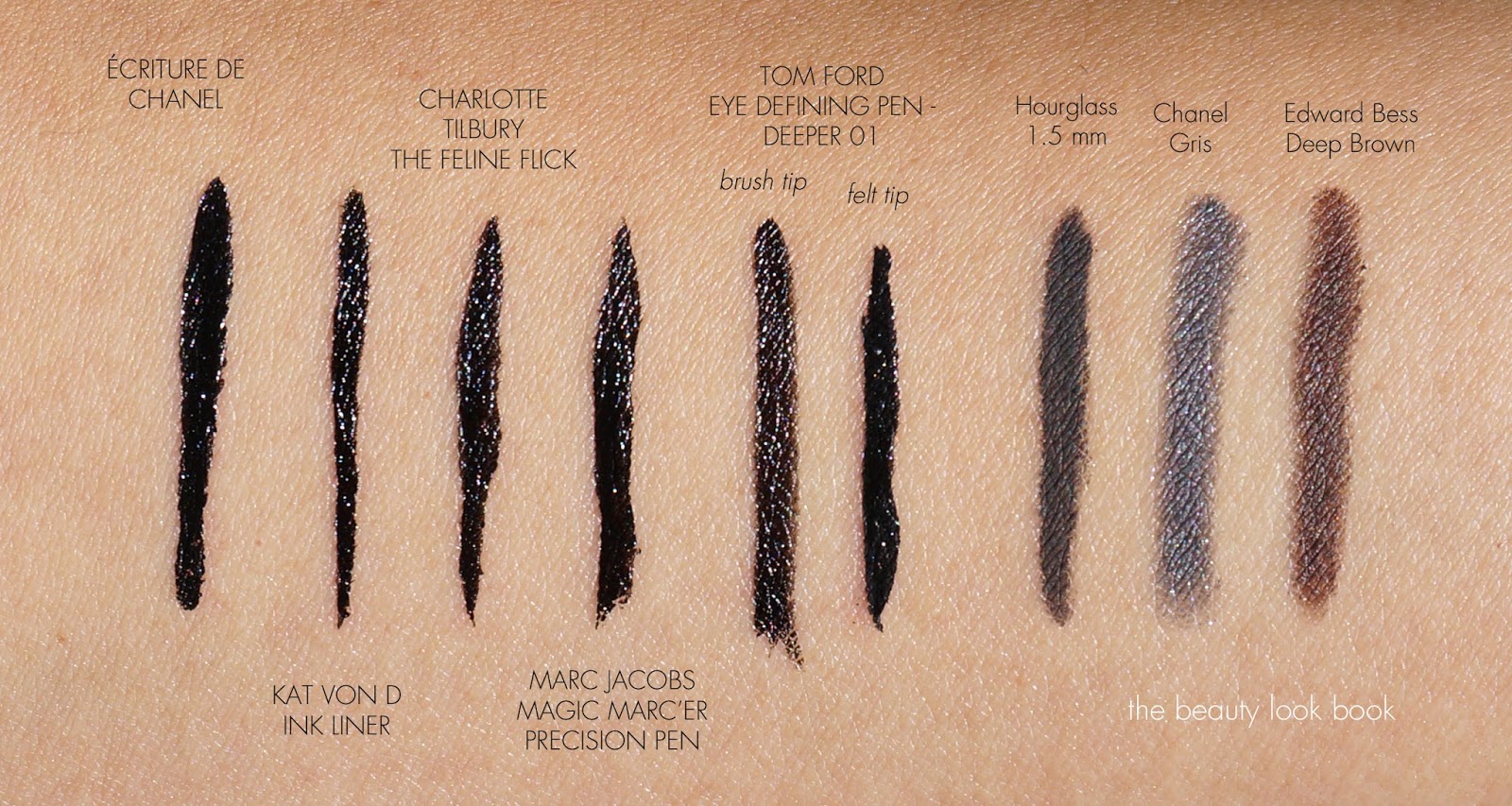 To summarize my thoughts:
Top three picks
Tom Ford, Charlotte Tilbury and Kat Von D
Deepest black: Charlotte Tilbury
Longest lasting: Kat Von D, Marc Jacobs and Tom Ford
Most precise: Tom Ford and Kat Von D
Easiest to control: Tom Ford
If I were pressed to pick just one, it would hands down be the Tom Ford Eye Defining Pen even though $55 for an eyeliner is quite ridiculous. It’s super easy to control for a lighter or deeper line. It also has two tip sizes for a fine or thick line. It glides on and doesn’t smudge and retains its lush dark glossy black color even when dried.
Are you a liquid liner fan? What are your favorites?
The Marc Jacobs and Kat Von D eyeliners were provided courtesy of Sephora for review consideration. The others were purchased by me. More information in my Disclosures.
ChanelCharlotte Tilbury BeautyEyelinerKat Von DLiquid EyelinerMarc Jacobs BeautyTom Ford Beauty
26 Comments
Share