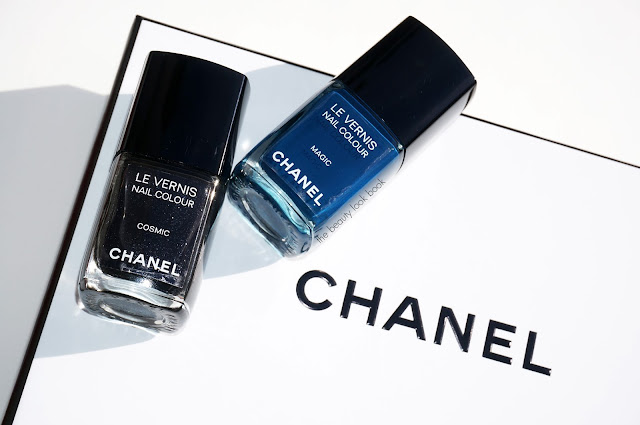 Chanel just released their Nuit Magique shades in the US in Cosmic and Magic ($27 each, limited-edition at Macys.com and Chanel.com). I found mine in store at Macy’s this past weekend. Both shades apply smoothly and flawlessly with two coats. The colors are very similar to past releases, but are still a bit different. Scroll down for comparisons. 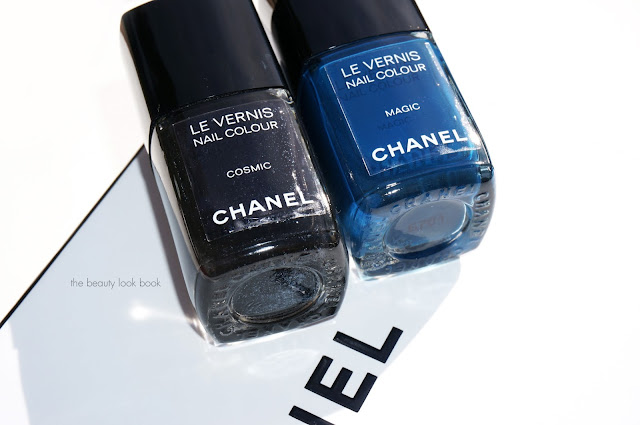 Cosmic is a black infused with silver sparkles. It’s very sheer on the first coat but smooths out perfectly with the second. The silver shimmer is nearly invisible on the nails. I can only see them in direct sunlight or with a high flash. Even though the sparkle doesn’t show up I do think it prevents the color from being too harsh or flat-looking. 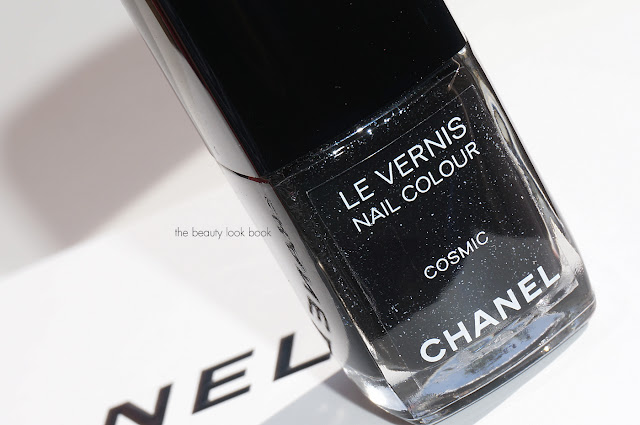 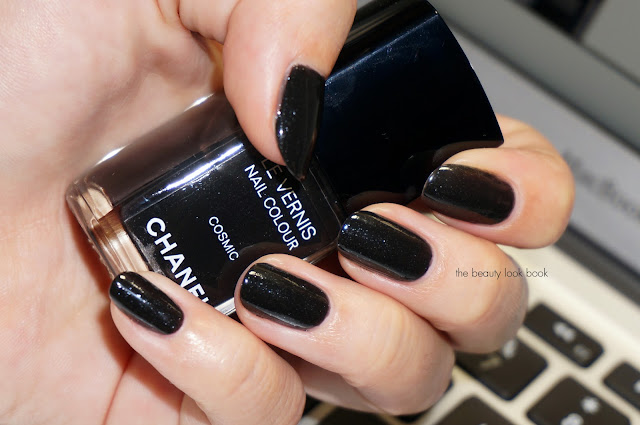 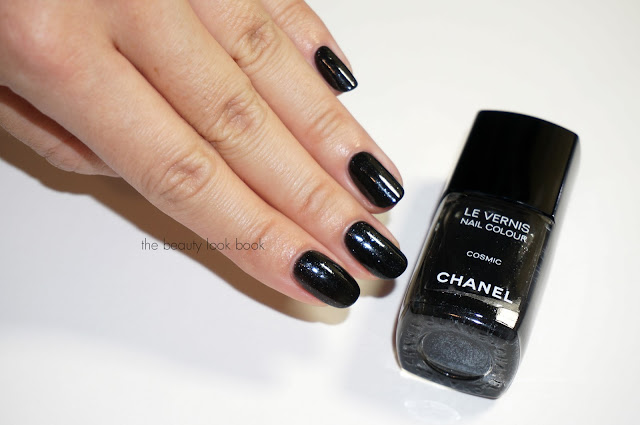 For comparisons I pulled Steel (limited from 2010), Black Satin, Noir Ceramic (discontinued). Cosmic is like a cross between Black Satin and Noir Ceramic. 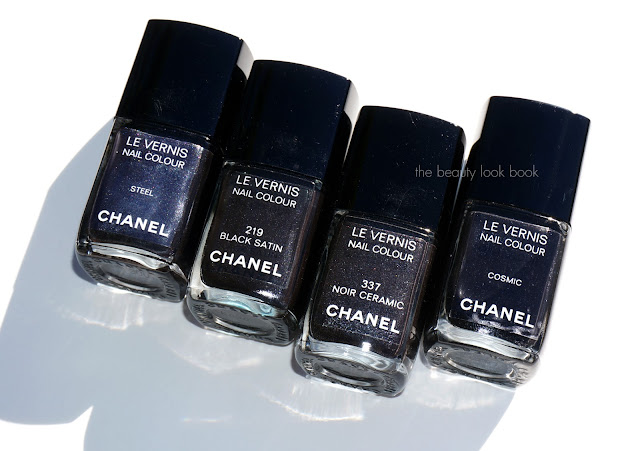 Magic is a dark blue cream with a hint of teal. It’s a lovely striking shade on the nails. Magic is very similar to the Blue Rebel that was released a few years ago but there is a noticeable difference (scroll down for swatches). Magic is shown with 2 coats. 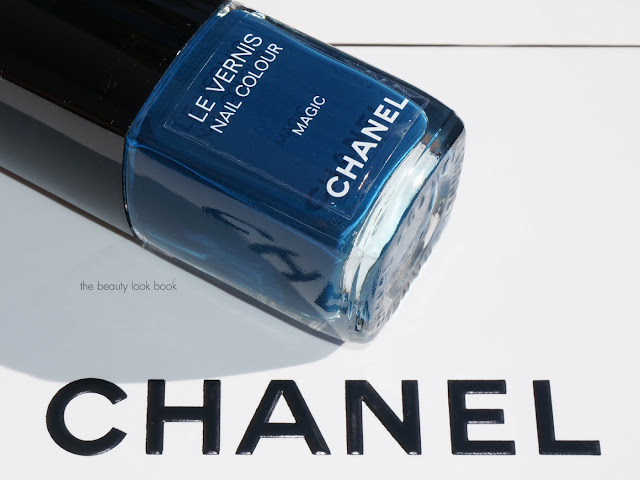 Comparisons show Magic is slightly deeper and more teal compared to the Blue Rebel from a few years ago. Below: Blue Satin, Blue Rebel (no longer available), and Blue Boy (no longer for sale). 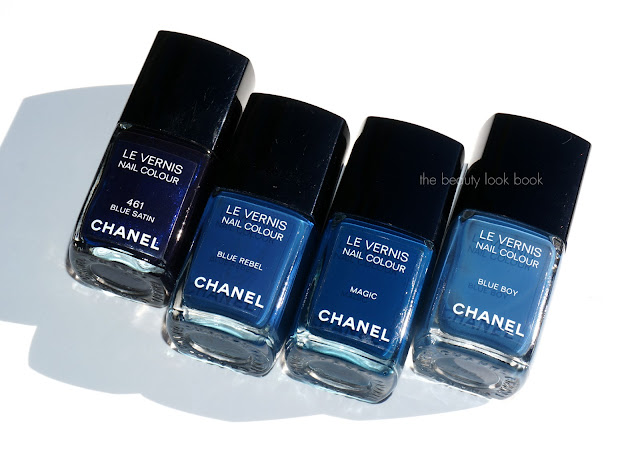 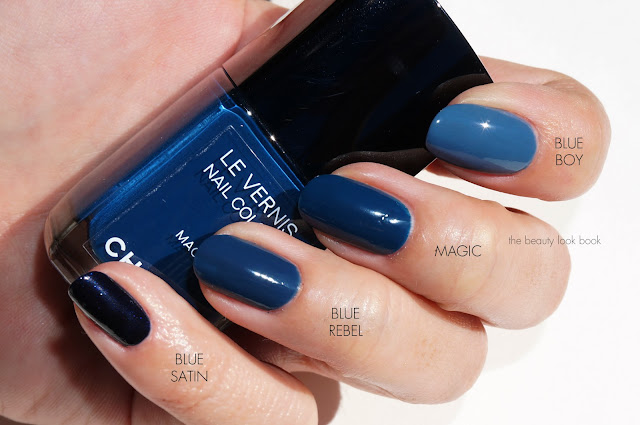 I love both and think they are both worth having even though there are similar shades in previous releases. If you want to avoid dupes you can skip these though. Do keep in mind they are limited-edition. 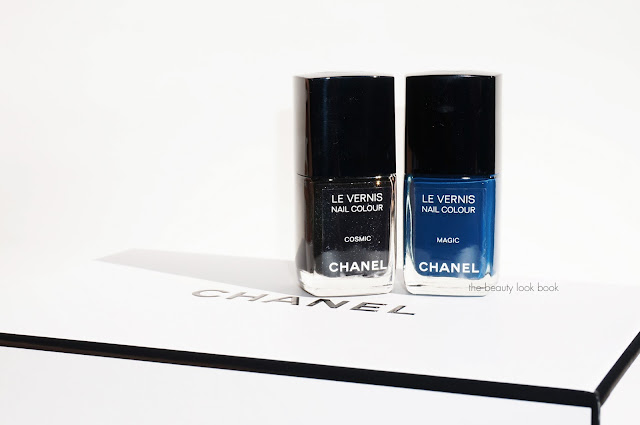 The Nuit Magique shades can be found at Macy’s and Macys.com as well as various Chanel Boutiques and Chanel.com.
Affiliate Links
ChanelHoliday 2013Nail Polish
4 Comments
Share