Le Métier de Beauté Carnaby Street Kaleidoscope Eye Kit ($95, limited) is an exclusive release to Bloomingdales and Neiman Marcus. So far it’s only online at Bloomingdales.com but you can probably still find this in store or have your Le Métier de Beauté specialist locate one for you. The colors in this kit are beautiful but 2 out of the 4 are repeats from previous kits. I still find the kit worth having but you may want to shop your stash if you have a lot of the kaleidoscope kits. 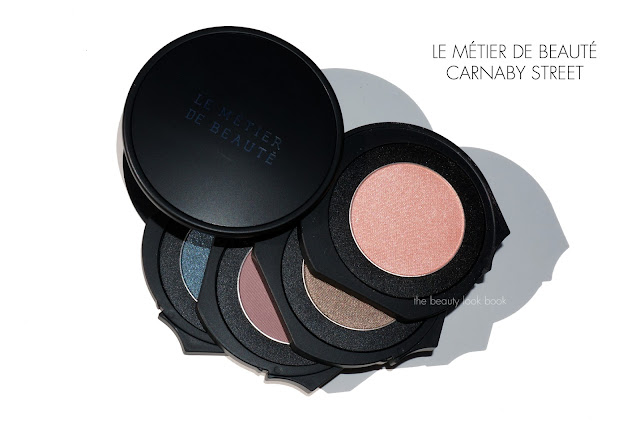 ____________________
Level 1 is a seashell peachy pink shimmer. It’s different from other pinks Le Métier de Beauté has released and makes a stunning all over shade that brightens the lids. I didn’t have time to swatch the comparisons side by side, but did photograph them side by side to give you a better idea of how each layer compares. Here is Carnaby Street compared to Saint-Domingue (Saks exclusive) and Antique Poupee (Bergdorfs limited release 2011). 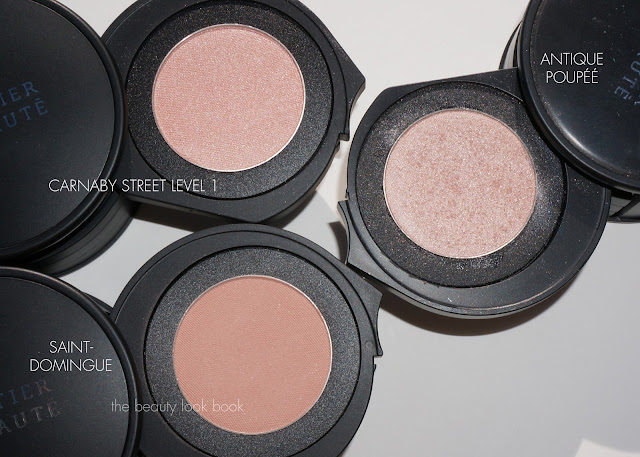 Level 2 is a shimmering complex taupe. I found it to be identical to the taupes from other kits such as Antique Poupee and Come One, Come All. 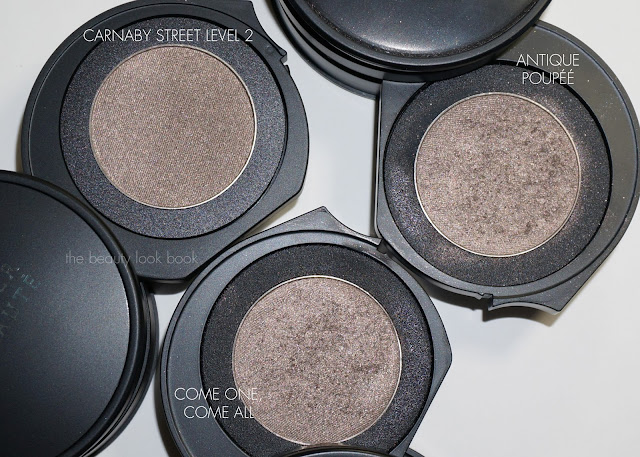 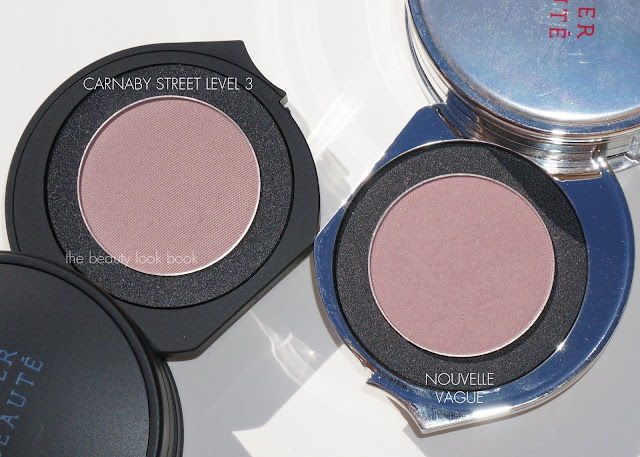 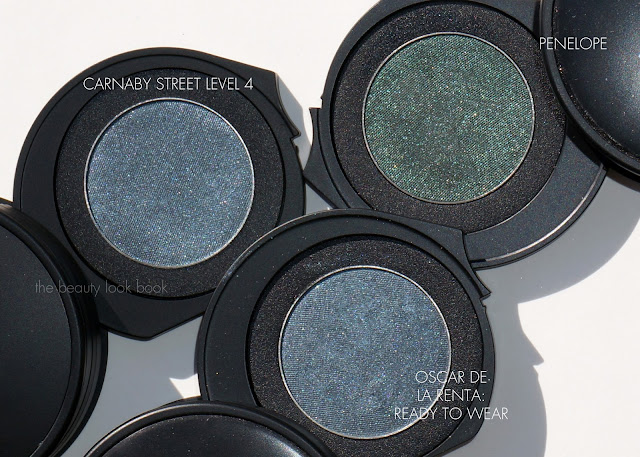 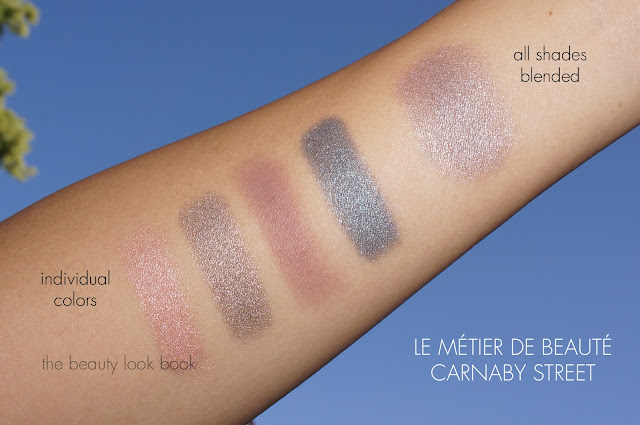 For those trying to decide between the two latest kits from Le Métier, here is Carnaby Street compared to Saint-Domingue (Saks Exclusive). I can’t say one is better than the other, they are both stunning options in my mind. However Saint-Domingue is easier for me to wear. The teal in Carnaby Street is gorgeous but I need to add a bit of brown or black to darken it for my complexion (teals can sometimes make my olive skin look sallow). Overall, the Carnaby Street Kaleidoscope is a lovely release from Le Métier de Beauté. It is a modern palette of colors with unique shades compared to other brands (although a few repeats from other kaleidoscopes). You can find it online now at Bloomingdales. Did you get Carnaby Street? What did you think?
Affiliate Links
BloomingdalesEyeshadowLe Metier de BeauteNeiman Marcus
3 Comments
Share