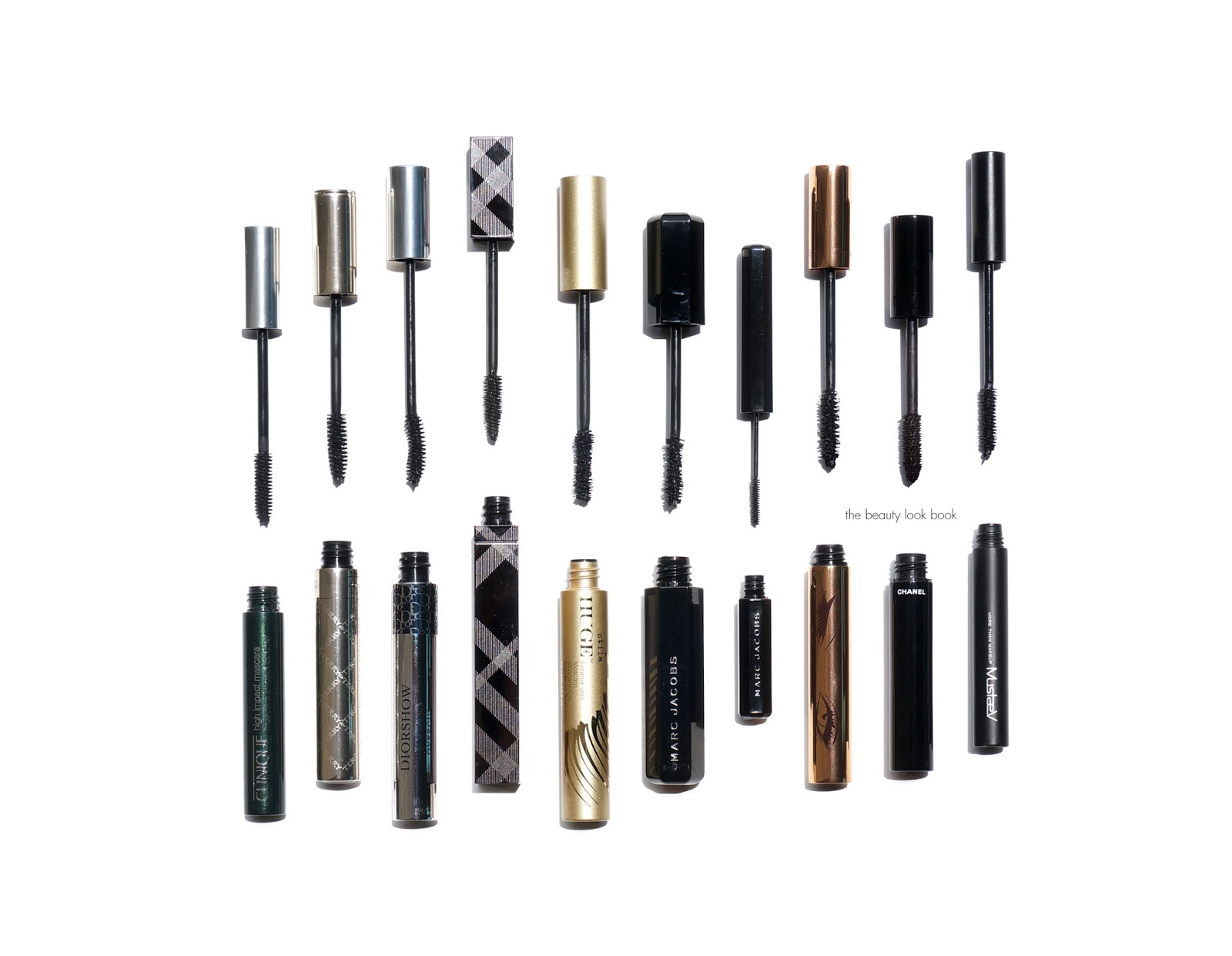 I’ve been playing with quite a few mascaras over the past several months – some from early January. As I’ve worked my way through a few tubes I’ve made notes on thoughts for these and kept them to photograph next to each other so you can see the brush sizes and shapes. I have really straight relatively wimpy lashes that are often barely visible unless I have mascara on. I rarely ever wear anything on the bottom lashes because most brushes are too big to catch the tiny lashes. That combined with the fact that most mascaras smudge on me is another factor for why I don’t wear anything on the lower lashes.
I have tested a few lash growth serums but am still undecided – I suspect that they require months of use to see results. I received a sample tube of Rapidlash earlier this year and as of today I’ve hit the 71 day mark of use. I have started to see some results but they are still on the subtle side. If you have ones you’ve tried that worked let me know.
Onto the mascaras I’ve tested out. Some are repeats of classic staples. I usually like waterproof versions because they are the ones that really don’t smudge on me. However there are quite a few that leave the lashes looking and feeling a bit crunchy or that turn slightly greyish when they dry so I’m really picky with formulas. The image below is interactive so you can click on the icons below to shop the mascaras: 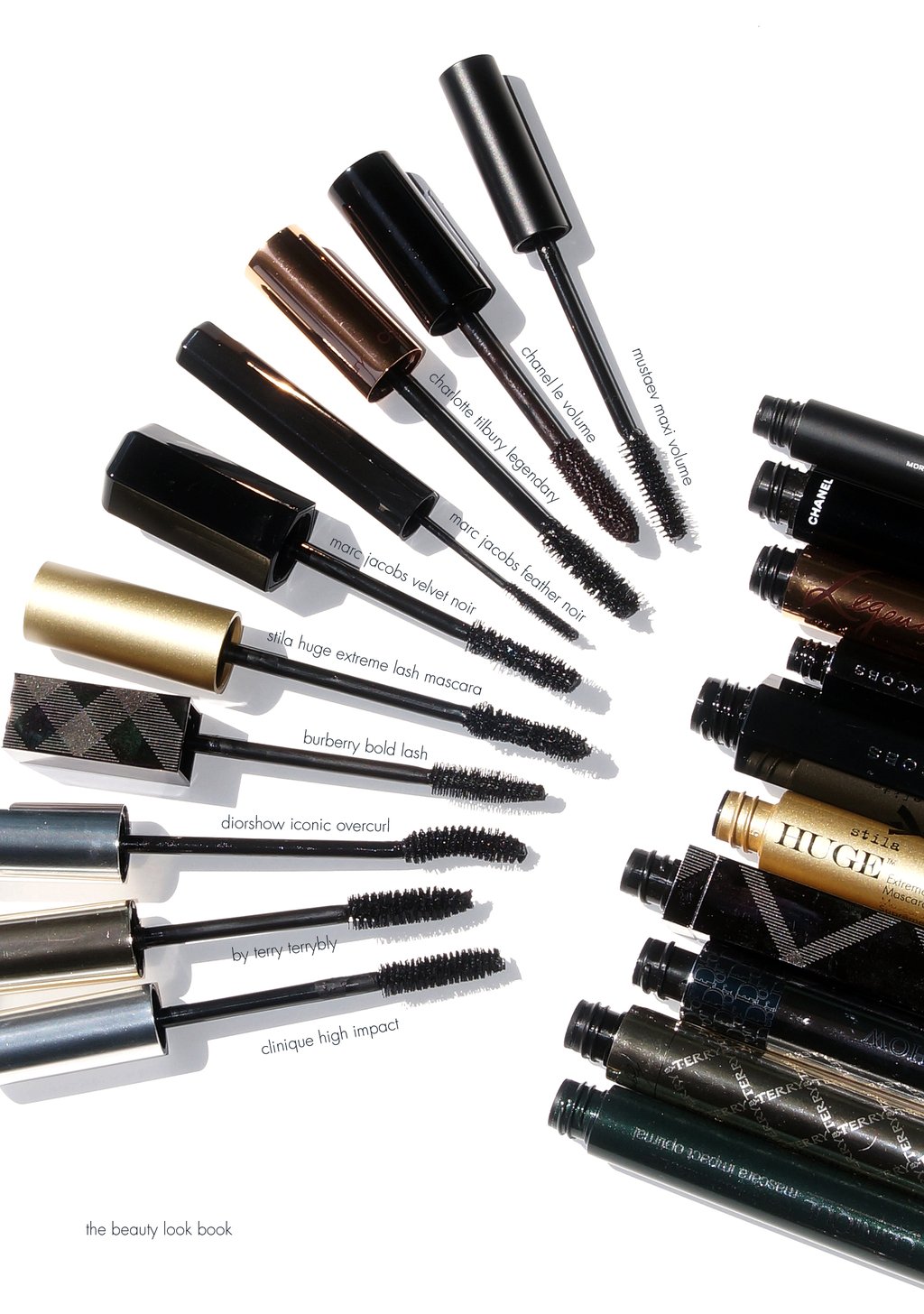 Shown above from bottom to the top:
Another view of the mascaras, different angle: So which one is my favorite? Right now it’s a three-way tie between the Stila Huge Extreme Lash Mascara, the By Terry Terrybly Mascara and Chanel Le Volume. The Charlotte Tilbury Legendary Lashes is almost perfect – it smudges on me half the time I wear it.
If you’re looking for a new mascara I hope you found this roundup helpful! As always – I’d love to hear about your recommendations! At this time I don’t use a base/primer or a top coat for the lashes. I know several of you have recommended the Clarins Double Fix as a way to prevent smudging. I still have yet to try it but just ordered it so will let you know how it works. I’ve played with a few false lashes on occasion but find them too time consuming to apply on a daily basis – I know it just takes practice to get used to but it’s something I just haven’t gotten into yet.
If you have any tips, tricks or advice on lash growth serums I’m all ears!
Press samples featured include the Charlotte Tilbury, MustaeV, RapidLash. Gifted item includes the By Terry Mascara.
By TerryChanelCharlotte Tilbury BeautyCliniqueDiorMarc Jacobs BeautyMascaraMustaeVStila
29 Comments
Share On My Radar / New In Beauty